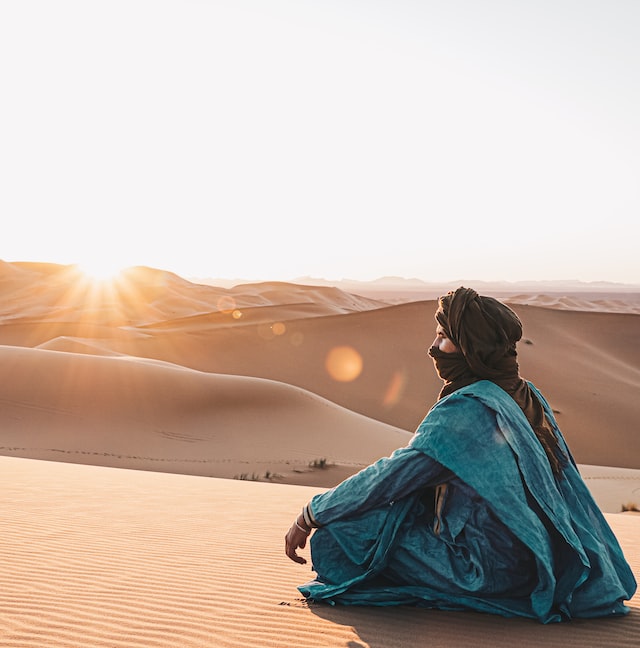 The People of Morocco: A Rich and Diverse Culture

When you think of Morocco, what do you picture? If you’re like most people, you imagine exotic spices, an overwhelming number of languages and cultures, and beautiful beaches with almost nobody on them. These are all fairly accurate perceptions of the country, as well as some of the reasons why it’s such a popular tourist destination. But there’s much more to Morocco than its places to visit or where to get your next meal! The following guide will take you through everything you need to know about the people of Morocco—what they’re like, how they live, and where they call home.

Morocco is one of the most beautiful countries in Africa with a rich, diverse culture. The population is mainly comprised of Arabs, Berbers, and Sub-Saharan Africans. However, these ethnic groups all speak Moroccan Arabic or Berber, which are closely related. It’s also an Islamic country with a 98% Muslim (mostly Sunni) population.  Islam has shaped their culture heavily as they follow Sharia law. Islam influences their art, architecture, music, and even food choices.

They’re predominately Muslim so it would be helpful to know more about Islam before going there because their day to day life revolves around it. For example, they don’t eat pork products at all since it is forbidden in Islam.

Morocco is a North African country made up of many different tribes, which are referred to as fas. These tribes speak different languages, some written using the Arabic alphabet and others using Latin characters. Interestingly enough, each tribe has its own dress code based on how it chooses to express its heritage.

To add to the complexity, even the major cities can be divided into different segments for each tribe which makes navigating through Moroccan society a task.

It was not until the late 1950s that both French and Arabic became recognized as official languages in Morocco while Berber was still considered an important regional language is spoken by many Moroccans.

One ubiquitous ingredient is tajine. Tajines are one-pot meals typically made with meat, tomato sauce, various vegetables like peppers or onions, potatoes or chickpeas if you’re lucky, and fresh parsley if you’re really lucky. The stew then simmers slowly over a charcoal stovetop until the meat is tenderized. Chicken, lamb, fish, and seafood are all common tajine ingredients.

Vegetables such as carrots, garlic cloves, olives, and tomatoes; herbs such as paprika and saffron; as well as dried fruit for sweetness often find their way into Moroccan dishes. Once the dish has been cooked to your desired level of doneness (usually 10-15 minutes), it’s scooped onto a plate or platter – complete with an egg baked in the center – to be served family style with side dishes like couscous or french fries to share at the table.

Have you ever been on a tour of Morocco? Join our Morocco Tours! We offer the best Morocco tours and desert trips. Our experienced guides will take you through the most beautiful landscapes in Morocco.

Arabic is the main language spoken in Morocco, with only about 5% speaking French. Berber is also an important language in certain areas of the country, including Nador, Azrou, Béni Mellal, Khemisset, and Tinghir.

Moroccans eat a wide variety of foods including couscous, tajine, tagine, Harira soup, and harissa paste. * The Moroccan style refers to a woman’s head scarf that wraps around her hair but leaves her face uncovered. This form originated as it was considered immodest for the upper half of a woman’s body to be uncovered while performing daily activities.

Morocco is a country in northwest Africa with a rich culture, language, and history. One of the most popular religions practiced in Morocco is Islam, which began there during the lifetime of Muhammad. The Maghreb Arabic dialect is spoken natively by many Moroccans and can be heard everywhere from conversations to newscasts.

Morocco was divided by French colonial authorities into five administrative regions in 1912, each under the direct control of an appointed Resident-General until 1959 when they were replaced by President’s Commissars and military governors as part of a process that gave independence to all its colonies between 1956-1958.

How Many People Live in Morocco?

Morocco has a population of approximately 34.8 million inhabitants, most people living in rural areas (40%), and the cities are overwhelmingly concentrated around Rabat, Casablanca, Fes, Marrakech, Tangier, Fez, and Meknes. However, only 3% live in the capital city.

The people here are ethnically diverse with Berber or Amazigh being their original ancestors before some invaded Northern Africa. Arabic also has a heavy influence on them as it is their language. Some populations might even have Sub-Saharan African roots from an invasion that happened a long time ago.

How do People Dress in Morocco?

Men in North Africa typically wear a djellaba, which is an ankle-length tunic with an elastic waistband. In some regions, men will also wear a traditional hat called a kufi or a ghutra. Women traditionally wear long dresses that cover their entire bodies except for their hands, feet, and head. Some women may also wear Hijab to cover their hair.

Many men and women in North Africa grow facial hair in defiance of mainstream Islam teachings.

How Many People Speak French in Morocco?

There is a large French-speaking community in Morocco, but it’s not clear how many people speak French there.

The Eurobarometer Poll results for Morocco show that 5% of the population consider themselves to be able to speak  French as a first language.

What are People From Morocco Called?

People from Morocco are called Moroccans.

Moroccans are a mixture of Berbers and Arabs, so they have a unique culture with Berber traditions and the Arabic language.

What is the Nationality of Morocco Called?

The Moroccan nationality is called Moroccan. The name of the country is Morocco, with no hyphen.

Morocco is a monarchy and a parliamentary republic. The king is the constitutional head of state and appoints a prime minister to form the government.

The Moroccan constitution provides for an independent judiciary, including the right to a fair trial that is free from political pressure. However, since independence in 1956, Morocco has had a history of political violence, assassinations, and coups d’état.

What are Moroccan People Known For?

The Moroccan people are known for their hospitality and generosity. They have been known to help other people in need, even strangers, which is a very rare thing in the world today.

The Moroccan people are also known for being very spiritual and religious. This can be seen from the fact that every family has its own mosque that they go to on a regular basis to pray and meditate with each other. They also believe that it is important for them to keep a clean house and not waste food.

Morocco is a country with a rich, diverse culture. From its earliest history to the present day, it has been shaped by an amalgamation of peoples and traditions from across the globe. The people of Morocco enthusiastically embrace their history and culture and go about their daily lives in a way that can seem quite foreign to someone who isn’t familiar with the country or its people.

Do you have any inquiries? Contact us and we would be happy to answer all your questions ASAP!