5 Days Tour From Tanger To Imperial Cities And North

In this 5 days tour from Tanger to Imperial Cities and North, we offer both standard and luxury service to enjoy your tour at its fair value.
All our Morocco tours can be modified according to your interests and needs, so please feel free to contact us.

From Tangier, we drive through the beautiful nature of Riff mountains towards one of the best cities of Morocco, Chefchaouene, the famous blue city or blue pearl that Its second name. Nestled between the Riff Mountains, northern Morocco. Enjoy the crazy blue alleyways and stairwells, local artwork, old houses are very charming and much more.
Overnight in Chefchouene
Hotel, Dinner, and Breakfast included

After breakfast at the hotel, enjoy a morning tour in this amazing bleu city, it is one of the most picturesque places you will ever see, and a small village of approx 40,000 residents. Enjoy The crazy blue alleyways and stairwells, local artwork, old houses are very charming and much more.
Continue then with a drive through the Riff mountains and fascinating views until we reach Fez where we will spend the night.
Overnight in Fez
Hotel, Dinner, and Breakfast included

After a traditional Moroccan breakfast at the hotel, enjoy a morning city tour of Fes the most “genuine” imperial city of Morocco. The royal city of Fez has lots to offer. So get your cameras ready, get your hearts ready. Touch the old scripts on the wall. Visit a fascinating medina that preserved by UNESCO World Heritage Site, it is the largest Medina in the world. Walk-in its winding streets and see a maze of alleyways that takes you back centuries with an authentic feel. And for a taste of the non-Islamic history of Fez, the Mellah should not be missed. The old Jewish quarter of the Medina. It was built in the 13th century and became the first Jewish quarter in Morocco in the 14th century, exactly in 1438, world’s oldest university still in existence, The University of Al Quaraouiyine, still operating, the degree-awarding university in the world was established in 859 AD by a Muslim woman Fatima Al-Fihri.
Overnight in Fez
Hotel, Dinner, and Breakfast included

Have breakfast at the hotel and then drive towards the capital city of Morocco, and it is one of the four Imperial Cities. We will visit Mohamed V’s Mausoleum, the unfinished tower of Hassan Tower. It is one of three great Almohad towers. Then kasbah of Oudaias, The city is known for its mazelike alleys and traditional houses decorated outside and inside.
Overnight in Rabat
Hotel, Dinner, and Breakfast included

After breakfast, we drive from Rabat to Tangier and transfer you to the airport. 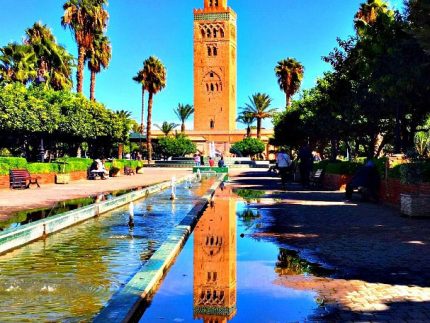 5 Days Tour from Fes to Marrakech 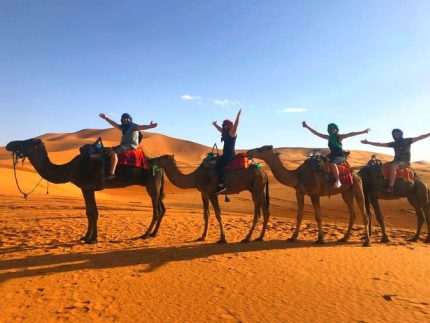 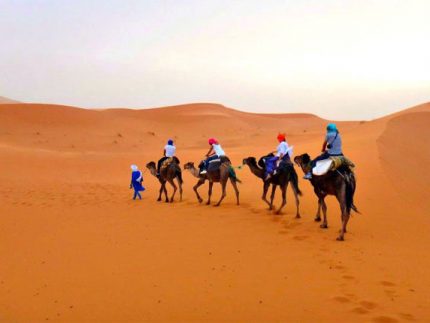 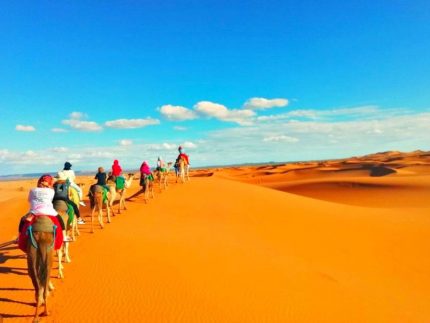 Do you have any inquiries? Contact us and we would be happy to answer all your questions ASAP!